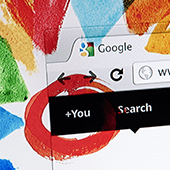 Con artists have created a new method of deceiving Chrome users by freezing their browsers and displaying a security notification with bogus tech-support contact details. Their ultimate goal is to scare potential victims and trick them into dialing the fake hotline number on the screen.

The scam works by displaying an error message indicating a bogus security breach incident that renders a browser unusable. These scammers capitalize on the fact that a serious crash can’t be solved by simply closing the site, thereby sending the users into a panic. This encourages them to dial the number listed on the warning message.

On the other end of the line, the scammers would pose as Microsoft or Apple representatives to convince users into surrendering their credit card details to repair a non-existing security issue. The scams are generally carried out through legitimate sites or malicious ads that have been hacked.

This new scam operates against Chrome by corrupting the window.navigator.msSaveOrOpenBlob programming interface, which basically uses it as a form of distraction. The hackers manipulate the browser and forces it to save a random document on a disk repeatedly at super fast intervals that are impossible to notice. After five to 10 seconds, Chrome will be completely unresponsive.

To recover, Windows users simply have to open Windows Task Manager (press ctrl + shift + esc keys) and stop the process there. On the other hand, macOS users just need to wait until a system message prompts them to close the unresponsive Chrome tab. Typically, the latter is a more appealing option since users would have the freedom to close only the corrupted page. Manually closing the whole browser means possibly losing unsaved files in any open Windows.

When faced with IT-related issues, you need to determine how you can approach them calmly. The threats in the digital world may be terrifying and intimidating, but causing a panic in your workplace isn’t the answer. Call us as soon as any problems arise, and we’ll help you as soon as we can. We can even hook you up with other security measures to beef up your network security.

Published with permission from TechAdvisory.org. Source.
79

You better learn GEEK if you want to SURVIVE